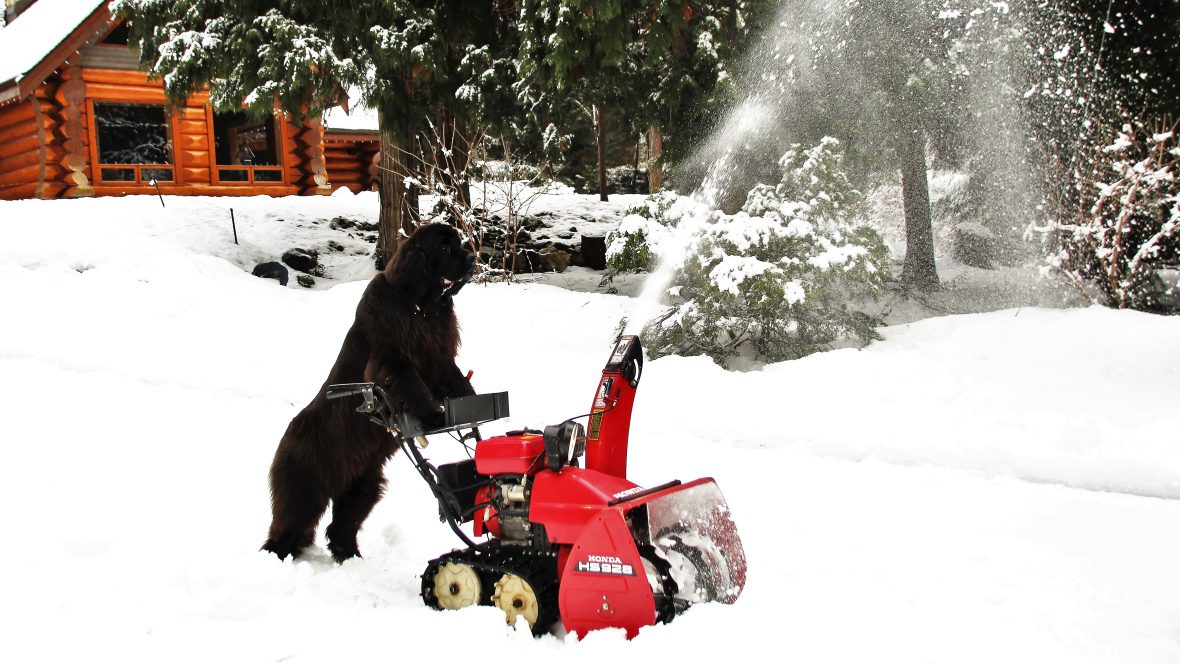 Morgan, a six-year-old Newfoundland, has been trained to do a variety of household chores 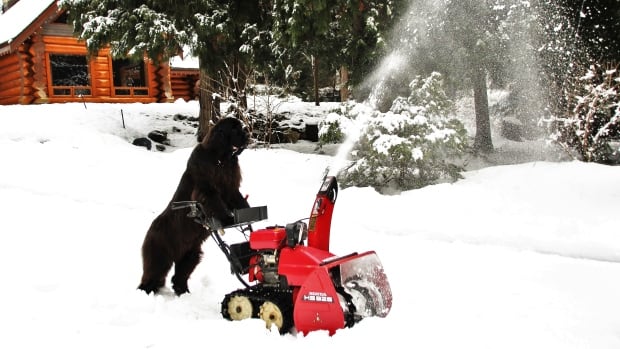 Morgan recently learned how to use the snow blower, though her owner admits she can’t do the entire driveway. (Grace Edwards)

A champion dog in B.C.’s Shuswap region is turning heads for its ability to do everything from roast hot dogs to clean kitchen floors.

“She has a number of tricks she does, she can cook hotdogs on fires, she can get beverages out of coolers, she can go in the fridge and get a beer for me … and she vacuums,” said Morgan’s owner, Dean Edwards of Sunnybrae, near Salmon Arm, B.C.

Morgan will even close the fridge door behind her and throw away empty cans when you’re finished drinking, Edwards says. 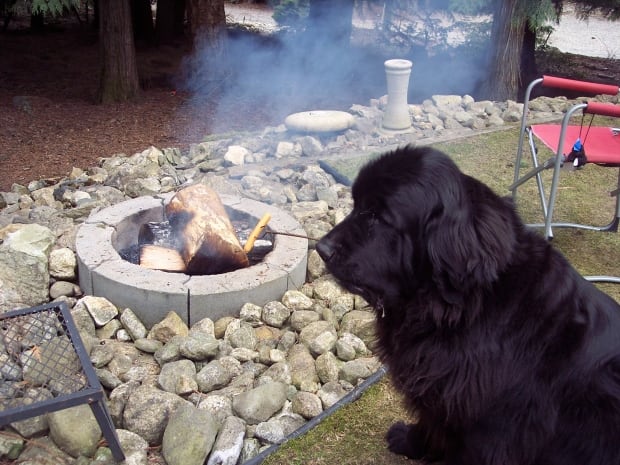 Morgan has been taught how to roast a hotdog over an open fire using a stick. (Grace Edwards)

The 125-pound dog’s latest impressive feat is her ability to clear snow by pushing a shovel with her mouth. Edwards said he and his wife started training her following a snow storm in December.

‘Everybody wants to hire her’

“That was pretty easy for her. We just handed it to her first try and away she went, though you have to keep her in a straight line,” he said.

“She’s good with the fluffy snow, but if it’s a little wet then it’s pretty hard for her.”

Morgan — who is sometimes called Miss Goo because of her drooling — recently graduated to pushing the family’s snow-blower while walking on her hind legs.

“It took about a month, a couple times a week. The vibration didn’t bother her or the noise. Now she can go up to 60 feet and enjoys doing it,” Edwards said.

“Everybody wants to hire her,” he jokes.

He says he always knew Morgan was a special, particularly bright dog and attributes her ability to pick up tricks to her extensive water rescue training.

In addition to being a Canadian grand champion, Morgan has completed a long list of official dog training courses from obedience to draft dog, which involves pulling a cart through obstacle courses.

Edwards has two other dogs, but he says neither one enjoys learning new tricks as much as Morgan.

“She loves the attention and she knows she always gets a little bit of food for it,” he says.

“We’re still trying to figure out what to teach her next.” 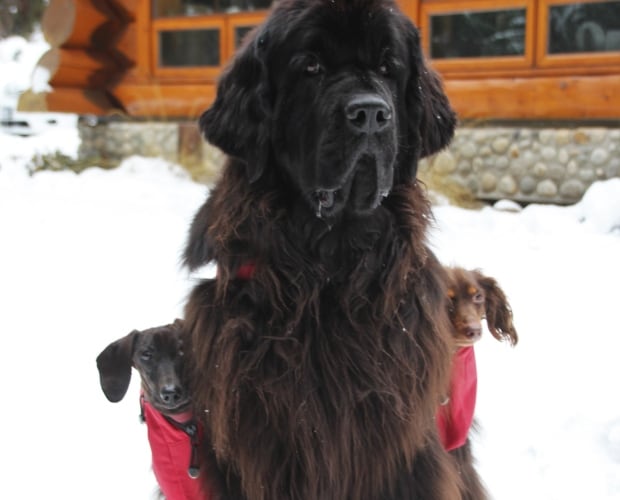 Morgan’s owners say she enjoys learning new tricks because she knows she will get a treat. (Grace Edwards)

With files from CBC’s Daybreak South and Chris Walker.

Severe weather warnings or watches in effect for: 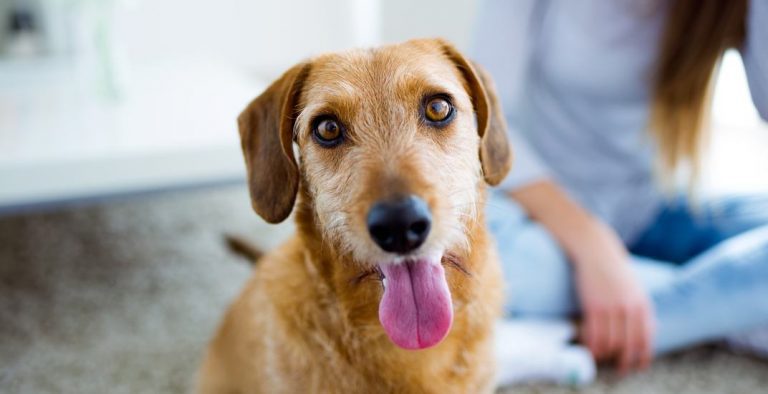 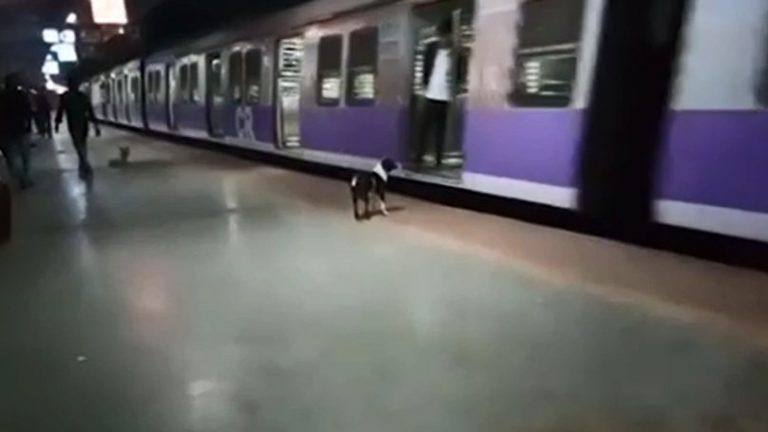 A dog’s heartbreaking routine at a train station platform has captured the attention of dog lovers around the world. Night after night a female dog stands on the same platform in front of the same carriage at Kanjurmarg Station in India searching for someone in vain. The dog waits for the 11pm train to arrive… 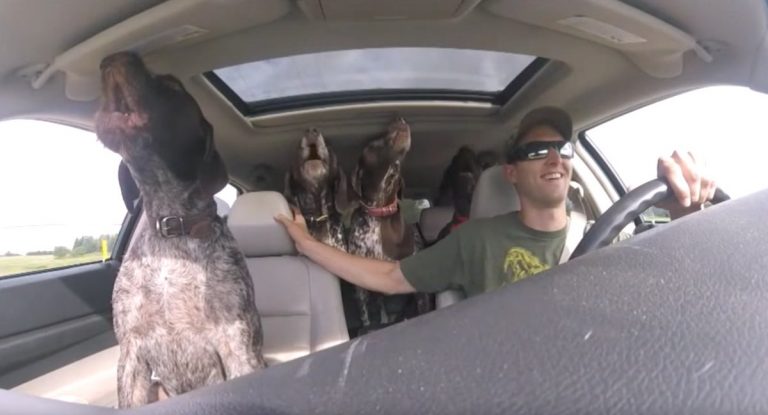 What these dogs do when they know they are going to their favorite spot outdoors is so funny. They might be a little bit excited. Their human shares, “”One day this past summer I decided to take my dog and my parents dogs out to the quarry where they have been going since they were… 2 Humbling and Heart Warming Stories About Mobile, In-Home Pet Euthanasia in Ontario Our Dog Toby I loved my dog Toby. He was my best friend and we had him for many years. I got him when I turned 16 and had him into my adult years and he moved with me when I left… 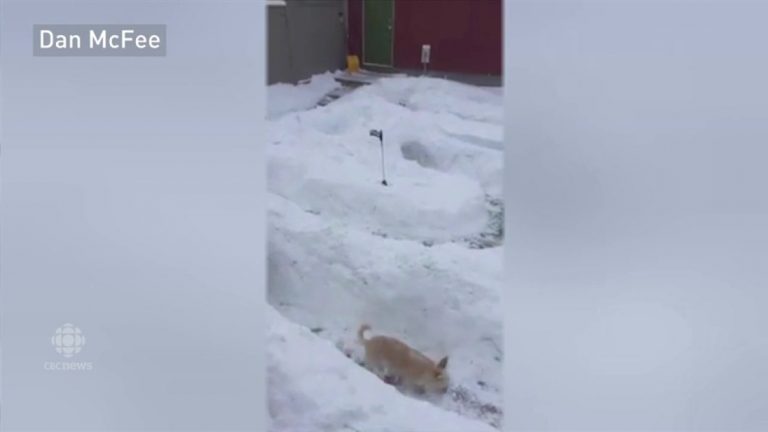 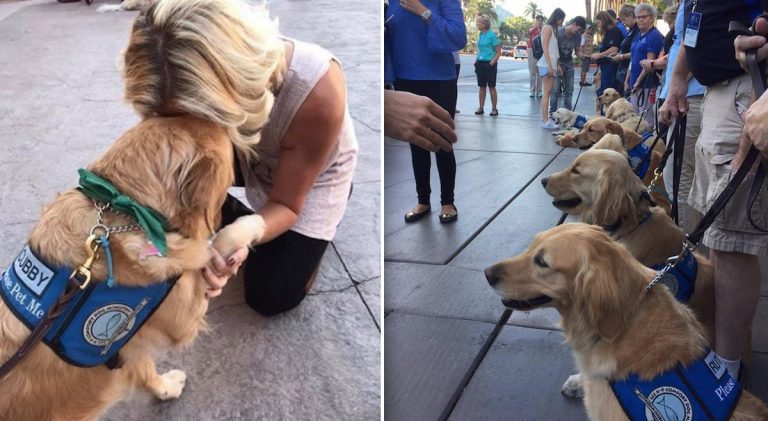 In the wake of the terrible tragedy in the U.S.’s deadliest mass shooting in Las Vegas, therapy dogs are arriving en masse to comfort those in need. Dozens of comfort dogs from all over North America are there to help lend their support. The dogs, from various charity groups, such as Lutheran Church Charities, are…